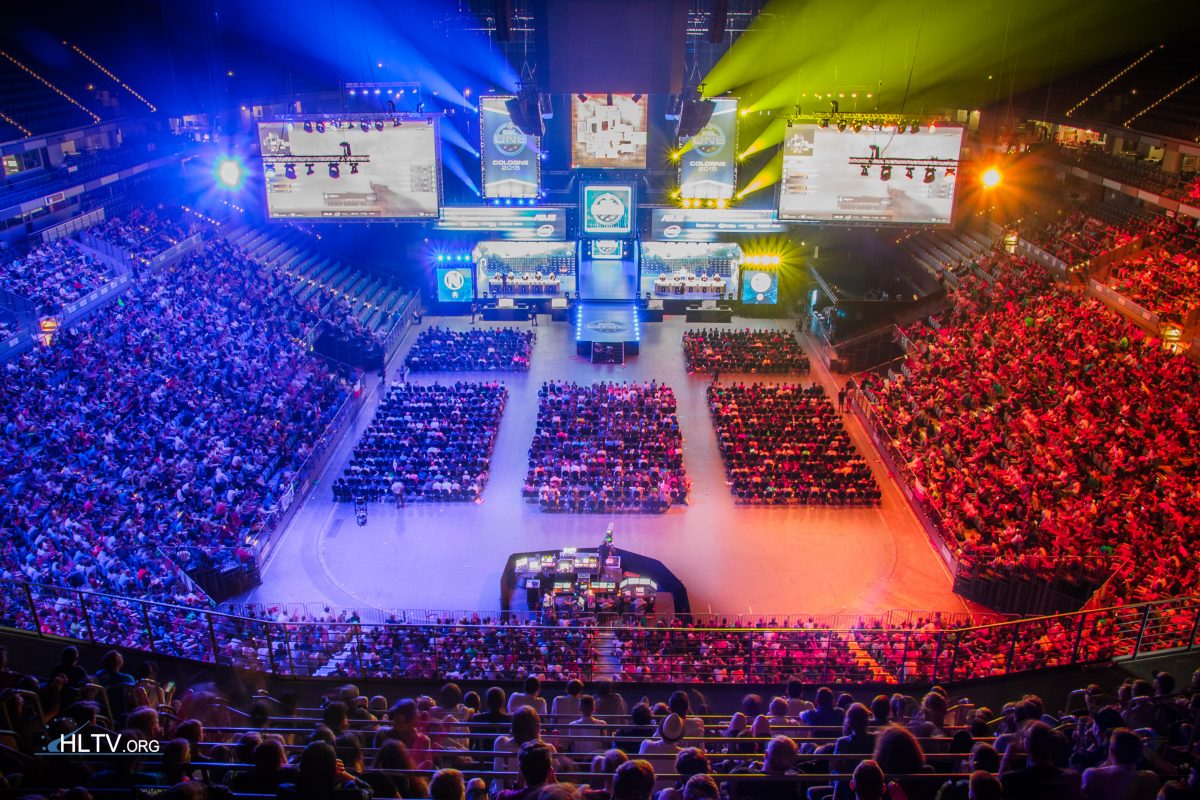 Sorry about this rant. Inou Battle translation will come out either later today or tomorrow!

I don’t normally talk about things beside from anime in this blog of mine, let’s be honest, people aren’t normally interested in anime posts anyway. But there are times where something happens that makes me want to either vent my frustration out or just want people to listen to what I’ve got to say just like my last non-anime post.

There aren’t many things I’m passionate about in this world, and of few things I do truly care one of them is CS GO (Counter Strike: Global Offensive), a tactical FPS game created by Valve. I wasn’t much of a gamer but this one game has caught my attention long enough for me to be absorbed into it. And after about 6 months of playing the game I found out about a Pro Scene behind this very game. And it was beautiful.

The passion that these Pros put into their game, putting best of the best against each other to prove that they truly deserve this spot, their joy that cannot be described when they win a tournament and their sorrow when they just lost that chance to become the best of the best. It was so exciting that I was immersed in every single game I watched. Over the years I found a team that I supported (Ninjas in Pyjamas if you were wondering) sharing their joy and grief together, I joined /r/globalOffensive subreddit to talk to the community behind the game I loved so much and many more. However this beloved Pro Scene that thousands of people (if not millions) enjoy is about to be taken not just from us, but from these players, who dedicated many part of their lives to build up, just because an organiser wanted monopoly in this scene.

Professional eSports Association (PEA for short) is an organisation that consist of 7 major eSports organisations across America (Team SoloMid, Cloud9, Team Liquid, Counter Logic Gaming, Immortals, NRG eSports and compLexity gaming) that were created in order to create “stable, healthy, long-term environment for the players”, in which the Pro gamer were promised vocal influences over many aspects of the organisation and promising a $1,000,000 pool of prize money over 2017 with $500,000 for season 1. Now all these sound good right? Well, this only sounds good when they deliver on their promises.

It has been emerged that players that belong to organisation associated with PEA will be forced to withdraw form ESL Pro League games, with players having no say in this matter what so ever. It’s one thing that players does not want to participate in an event due to various circumstances, however we have to wonder, what is a reason why they were not allowed to participate in events that they wants to? Well it turns out PEA has been “negotiating” with ESL to vacate from American Scene, thus giving significant control to PEA and its associate over the league. Apart from ESL who, like them or not, are one of the biggest eSports organisers, only organisation that has production quality equal if not better are E-League with backing from TBS. so what does this mean for the players? Players will not be able to attend tournaments of their choosing, potentially being denied the opportunities to play against other teams that are not in PEA and potential prize money that they could have earned by participating in other tournaments. This closed circuit will force other competitors out of the scene, only leaving PEA to control this massive kingdom that players have built. This is so sever that ESL has proposed the share of their revenue with PEA in order to keep these players in EPL, which has not been successful. This shows that PEA has not got player’s “stable, healthy, long-term environment” as their primary interest, rather prioritising their own intention.

You may ask why exclusivity is a bad thing. As long as the players participate, won’t it still be good game?

Exclusivity and Monopoly deny development of innovation and infrastructure, resulting in sub-par conditions for Pro Players and viewers alike, and if this becomes a norm then there isn’t anything that we can do. Easiest example on why monopoly is bad can be seen with American and Australian Telecommunication Industry. In America, Comcast, AT&T and Charter Communication (Formerly Time Warner Cable) have had monopoly on majority of internet market, which resulted in one of the worst internet service you can get compared to other developed countries. Only places where customers did not get screwed over is areas in which competition were allowed to exist such as Google Fibre or local independent ISP. However this example showed what monopoly can bring for the customers, absolutely nothing.

Another question is why aren’t players just refuse to play in PEA while participate in EPL. Surely as they are the ones who are doing all the hard work they should have final say?

Well, not really. The players are bound by the contract given to them by the organisers, which means that if organisers deem a tournament isn’t worth participating, players will not participate. Of course the blame can be put on the players for not reading their contracts and that is valid point. However it has to be noted that CS GO scene has been developed with sense of trust, players trusted organisers to do right for them, and contract was only something they signed for legal reasons. Hopefully they have learned to never trust a corporation that are there to just make money, and nothing more.

With that, I would like to say for the final time exclusivity is bad, not only does it inhibit players from playing the game that they love and show that they truly deserve where they are now; it also can ruin the experience that viewers come to expect from such events. Now how do we get our voices heard? A user on reddit have made a convenient list of sponsors who supports these organisers, if we get enough people to call out to them then they will notice that we don’t want such practices to happen in our beloved game. If you are fan of CS GO then please I urge you to get in contact with these sponsors, tell them that we want these players to participate in whatever event they chose to, tell them that we certainly do NOT want monopoly over a scene that grew up to be one of the best Professional eSports Scene in the world.

If you want to read an open letter from SirScoots and players from 5 organisations then click here.

This site uses Akismet to reduce spam. Learn how your comment data is processed.